[Photo by Jerry Newcombe of the Bible with which George Washington was sworn in on, NYC, April 30, 1789] With the inauguration of Donald Trump as our 45th president upon us, all the usual suspects from the militant atheist crowd have been trying to block the Bible from being used—a tradition that began with President Washington. Every president mentioned God in their inaugural address, even if speaking of the Lord in their own way, fitting with the times. With thanks to Bill Federer in America’s God and Country, consider this sample:

The atheists are the Johnny-come-latelies. Demands to ban God and the Bible from the Inauguration should be denied. 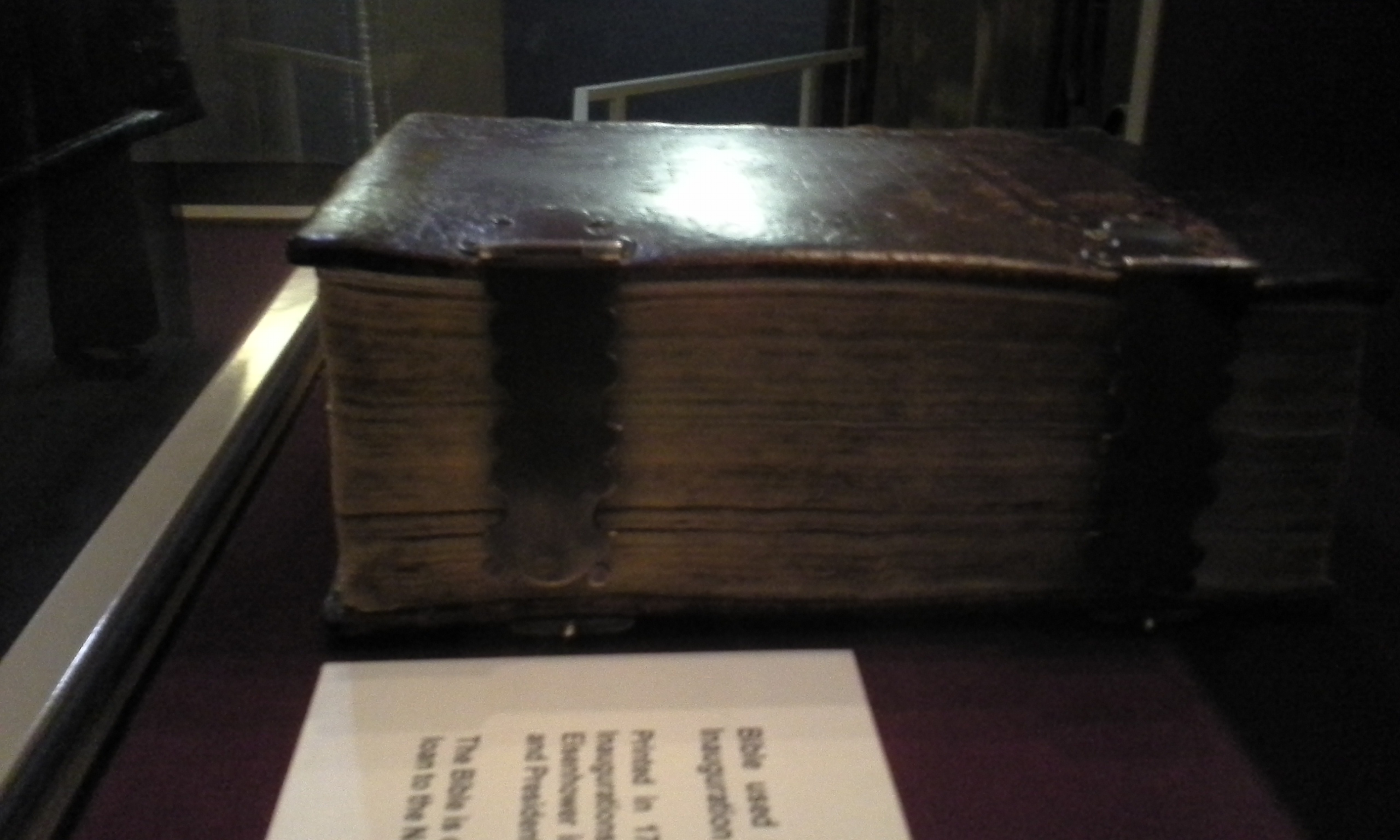