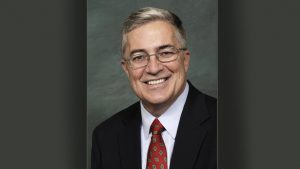 Topic: Abortion and the Law.

For years, the pro-life movement worked against the Supreme Court’s 1973 abortion decision, Roe v. Wade. One pro-life legal group is called the Justice Foundation. Their website notes: “The Justice Foundation, founded in 1993, seeks to protect the fundamental freedoms and rights essential to the preservation of American society by providing free legal services to promote those rights.” Their founder and leader is Allen Parker, about whom the website says: “Allan Parker, President of The Justice Foundation, was lead counsel for Norma McCorvey, formerly “Roe” of Roe v. Wade, from 2000 to 2012, and Sandra Cano, the “Doe” of Doe v. Bolton, until 2014 in their efforts to overturn the two landmark cases that brought legalized abortion on demand to America.” Allen Parker joins Jerry Newcombe to discuss abortion and the law, in a post-Roe world. www.thejusticefoundation.org