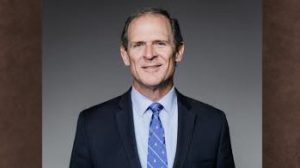 Topic: The Rule of Law Vs. Mobocracy.

Since 1789, the U. S. Constitution has been in effect. And despite a Civil War, which nearly tore the country apart, and despite many challenges to our governing document, the Constitution and the rule of law—theoretically—are still in place. But today it seems that some people in effect want to rule us through mobocracy. If you can get enough protesters in the streets to intimidate people who are trying to do the right thing, then you can prevail to cow-tow the people to accept things only because they’re being forced to. Hitler’s minister of propaganda, Goebbels, once said, “History is made in the street.” Well, thankfully, American history was made in Independence Hall by the founding fathers, who said our rights from the Creator, not the state. Bestselling author and speaker Bill Federer joins Jerry Newcombe to discuss the rule of law versus mobocracy. www.americanminute.com

Tags: anarchy, Bill of Rights, mobs, protests, The US Constitution