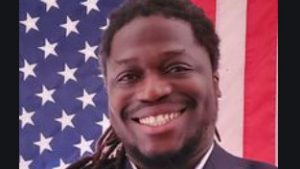 On Vocal Point, we neither endorse not oppose specific political candidates. Air Force Veteran and Congressional Candidate Billy Prempeh (for the 9th District of New Jersey, in the Paterson area) wonders what blacks have gotten for their faithfulness in voting for leftist policies. As one of his advocates notes, “While the Democrat Party has traditionally been the party that African Americans, and minorities as a whole have called home, a new wave of Black Conservatives have challenged that narrative, and are looking to flip the black vote next November.” Billy Prempeh talks with Jerry Newcombe about issues like defunding the police, critical race theory, and other controversies. www.billyprempeh.com