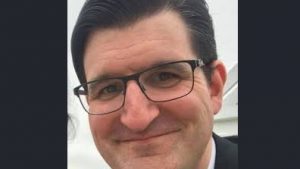 When it comes to American history, yesterday’s heroes are often today’s villains. And often the issue boils to slavery and concerns about racism. And yet cultural Marxists today often use legitimate concerns about racism in America’s past to in effect undercut the American experiment in ordered liberty under God. Critical race theory (CRT) claims to fight racism, but critics argue it actually promotes racism. Rather than Martin Luther King Jr.’s idea of people being judged by the content of their character, instead they are being judged solely by the color of their skin. Brandon Showalter, Senior Investigative Reporter for the Christian Post has written some articles on the battle over CRT in the schools, particularly of Loudon County Public Schools in Virginia. For example, he wrote this article: “Parent resistance to critical race theory has awakened a ‘sleeping giant,’ advocates say.” Brandon Showalter joins Jerry Newcombe on Vocal Point to discuss Critical Race Theory and the schools. www.christianpost.com