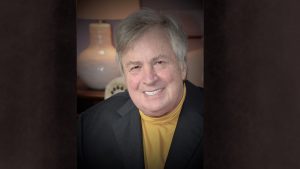 Noted political commentator and NYT bestselling author, Dick Morris, has been described by Time magazine as “the most influential private citizen in America.” Dick Morris writes: “The Trump Revolution cannot succeed without Trump. Will he run in 2024? You bet he will. Will he be the GOP nominee? Absolutely. Will he win the election? Yes!” Here’s some background on the book: “Since 2016 Dick Morris has been a behind-the-scenes adviser to Donald Trump. Dick played a key role in Trump’s surprise 2016 win. Dick Morris reveals first time President Trump’s strategy to win in 2024….Dick Morris says the stakes of the next elections could not be higher. ‘President Trump knows the future of America rests on his shoulders,’ Morris says bluntly.” Dick Morris joins Jerry Newcombe on Vocal Point. www.dickmorris.com