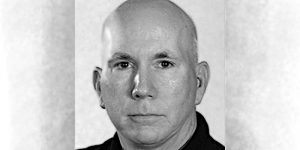 Topic: The Declaration of Independence.

There’s a new book out, just in time for July, when we celebrate America’s birthday. It’s called “The 56.” The subtitle is: “Liberty lessons from those who risked all to sign the Declaration of Independence.” The sub-sub title says, “Before they and the 4th of July are banned.” The author is Douglas MacKinnon, a former White House and Pentagon official and bestselling author. In his book, MacKinnon writes, “For tens of millions of Americans—and millions more around the world—the 56 Signers—Plus One—featured in this book, as well as every one of the other Founding Fathers, did, in fact, create the greatest nation the world has ever known. A nation that—very much like the Roman Empire—is in the final throes of national suicide because of a totalitarian rule and greed that has abandoned each and every principle our Founding Fathers held dear.” Douglas MacKinnon joins Jerry Newcombe on Vocal Point to discuss the founders and our national birth certificate, the Declaration of Independence.