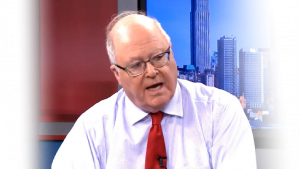 The Supreme Court made some rulings of interest to conservative Christians in the most recent term. And there are many quite upset about it. Dr. Bill Donohue, the president of the Catholic League, wrote an article recently on the Supreme Court’s ruling on school choice. Donohue is also the author of a couple of landmark books on the ACLU, which has done much to secularize America and to oppose school choice, if religious schools are a part of the choice. Donohue writes: “Their heads are exploding. The secular maniacs who staff the most prominent atheist organizations are beside themselves over the Supreme Court ruling on school choice. In a 6-3 decision, the high court ruled that if there is public funding for private schools in Maine, to deny taxpayer money for religious schools is discriminatory.” Dr. Bill Donohue joins Jerry Newcombe on Vocal Point to discuss the school choice case and why it matters. www.catholicleague.org