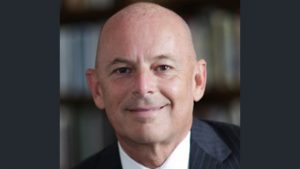 Topic: Church Attendance Today and in the late 1700s.

We often have the idea that religion in America is dying, but is that true? For example, was there more church attendance in America around 1776 or today? Dr. Byron Johnson, a professor at Baylor who used to teach at Princeton and at the University of Pennsylvania, studies church attendance and church membership patterns. He notes that in 1776 (when there weren’t as many churches available, especially in rural America), only 17% officially belonged to a church. In contrast, he notes that by 2000, 70% of Americans belonged to a church. Dr. Byron Johnson joins Jerry Newcombe to discuss America’s religiosity past and present. He also notes that back then and today, many things (such as Bible studies) are often not included in the statistics. Dr. Johnson observes that America is more religious, even today, than we’re led to believe. www.baylorisr.org