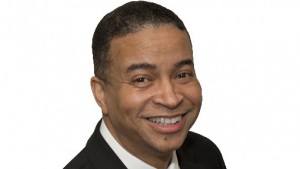 America had slavery and Jim Crow laws and color-based discrimination for years. Therefore, say the promoters of Critical Race Theory (CRT): America is hopelessly racist and without redemption. CRT, an offshoot of Marxism, divides Americans along racial lines. White people by definition are the oppressors, and black people are the oppressed. Critics note that while CRT claims to oppose racism, in reality it promotes racism—by making us judge everybody according to the color of one’s skin. Dr. Eric Wallace is the founder and president of Freedom’s Journal Institute. He was the first African American to earn a Ph.D. in Biblical studies from Union-PSCE (now Union Presbyterian Seminary). Says Wallace on the promoters of CRT: “They try to pervert the civil rights movement and use fear to say, ‘anything white is not right….Their rhetoric has seeped into our churches, declaring a constant war that will not allow harmony…. They will not stop until they have the freedom to do anything they want.” Dr. Eric Wallace joins Jerry Newcombe to discuss CRT and why it’s so unhealthy for America.  www.freedomsjournalinstitute.org