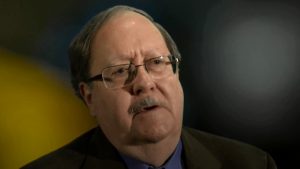 The Declaration of Independence says our rights come from the Creator, while evolution says there is no Creator—or if there is one, He is just superfluous. Many assume that evolution is somehow proven. But noted biologist Dr. Jonathan Wells says that a lot of the major arguments for evolution have already been disproved—and yet, like zombies, they just keep coming back. In fact, Dr. Jonathan Wells has written a book called Zombie Science. Dr. Jonathan Wells, Discovery Institute fellow and also, author of Icons of Evolution, joins Jerry Newcombe to discuss “Zombie science,” including such issues as •peppered moths, •junk DNA, •ape to man sequence, •Darwin’s finches, •Haeckel’s embryos. www.discovery.org