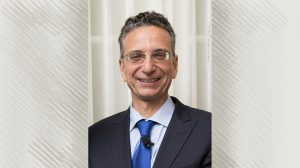 Does America’s first president have something to say for today? History professor (at King’s College in NYC) and Heritage Foundation fellow, Dr. Joe Loconte wrote an article which including warnings from George Washington for future generations. In his Farewell Address (1796), the father of our country had much to say—that applies to us. Loconte writes: “When George Washington sought to warn Americans about the most fearsome threats to their liberty, he did not cast his eyes toward Europe, where nations were waiting, like vultures, to pounce upon the carcass of a failed experiment in self-government. Instead, Washington challenged Americans to look within.” Dr. Joseph Loconte joins Jerry Newcombe on Vocal Point on lessons from George Washington for us today. www.josephloconte.com