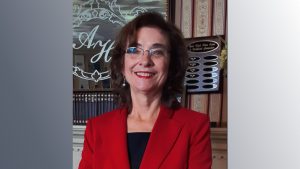 In some places in the country, American Marxists are overrunning the streets. Many of them have been vastly misinformed by some modern historians. One of the most influential has been the late Howard Zinn—Debunking Howard Zinn. Dr. Mary Grabar—who has taught at the college level for two decades, including at Emory University—has written the book exposing Zinn’s vast misinformation. We have already talked with her about that book. Now she has written about the 1619 Project, which postulates that America’s founding centered around slavery. 1619 is the year when African slaves were first brought to America (in Jamestown). That book is called, “Debunking The 1619 Project: Exposing the Plan to divide America.” Dr. Mary Grabar joins Jerry Newcombe to discuss this important battle over understanding American history, specifically dealing with the 1619 Project. www.marygrabar.com