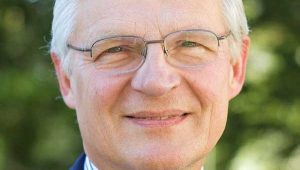 Topic: Religion and the American Revolution.

It is often overlooked that religion played a role in the push toward American Independence. An obvious example of that is the Great Awakening, which, as John Adams put it, was the revolution in the hearts of the people a generation before the Revolution. But there were other things, such as the threat of England imposing the Church of England on all the colonies or the Quebec Act. Dr. Peter Lillback is the founder and president emeritus of the Providence Forum, an organization dedicated to teaching Americans about our nation’s godly heritage. Dr. Peter Lillback joins Jerry Newcombe, now the executive director of the Providence Forum (a division of Coral Ridge Ministries Media) to discuss religion and the American Revolution. www.providenceforum.org