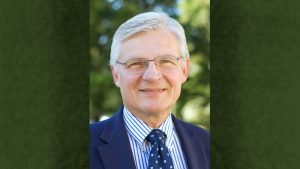 How well do we understand the flags that were developed during America’s War for Independence, including the Betsy Ross flag. Some of the flags had Christian overtones—particularly, the flag George Washington had hanging on the masts of six schooners to aid in battle. This flag was called “An Appeal to Heaven.” Dr. Peter Lillback is the founder and president emeritus of the Providence Forum, an organization dedicated to teaching Americans about our nation’s godly heritage. Dr. Peter Lillback joins Jerry Newcombe, now the executive director of the Providence Forum (a division of Coral Ridge Ministries Media) to discuss the flags of freedom (in the context of America’s War for Independence). www.providenceforum.org