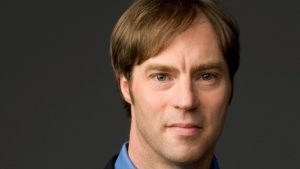 America’s founding document, the Declaration of Independence, asserts that we have rights because the Creator gave them to us. But today many cultural elites deny there is a Creator.

But Dr. Stephen Meyer, author of the New York Times bestseller, Darwin’s Doubt, notes: “The presence of information in even the simplest living cells suggests that intelligent design played a role in life’s origin. After all, we know computer programs come from programmers and information generally—in a book or newspaper, for example—always arises from an intelligent source.” Meyer has written the new book, “Return of the God Hypothesis: Three Scientific Discoveries that Reveal the Mind Behind the Universe.” Dr. Stephen Meyer of the Discovery Institute joins Jerry Newcombe on Vocal Point to discuss “the God hypothesis.” www.returnoftheGodhypothesis.com