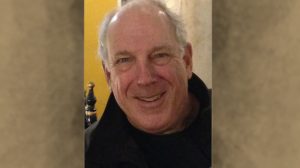 Has America payed a high price in replacing Trump with Biden? Bestselling author Ed Brodow thinks so, and his latest book explores this topic. It’s called, AMERICA ON ITS KNEES: The Cost of Replacing Trump with Biden. He writes about the train wreck of the current administration. Brodow notes, “The U.S. was in great shape in 2020. We were all better off during Donald Trump’s presidency. Then voters did the unexpected. They rejected the prosperity of the Trump years in favor of Joe Biden and the Democrats. Biden set out right away to reverse everything Trump accomplished. As a result, we are paying more in taxes, gas prices are going through the roof, inflation threatens to put millions of Americans in the poorhouse, and our streets are more dangerous than ever. Unvetted illeg al immigrants are being transported in secret to undisclosed locations around the country. Our nation is infected with cancel culture, censorship, and wokeness. Free speech is under attack by Facebook and other social media sites. White Americans are reviled by Critical Race Theory. If you dare to oppose Biden’s Marxist dictates, the Justice Department will label you a domestic terrorist.” Ed Brodow joins Jerry Newcombe on Vocal Point to discuss Biden’s presidency. www.edbrodowpolitics.com