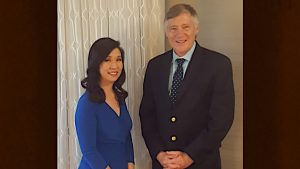 When it comes to education: Who is responsible, the parents or the state? Traditionally, it was understood that the teachers and the schools were acting in loco parentis, in the place of parents. But lately, it seems that many involved in the education establishment see themselves as the arbiters of what should be taught our children—not the parents. When this controversy was heating up in Virginia in the fall of last year, Emilie Kao, a Senior Counsel for Alliance Defending Freedom, wrote an op-ed on this issue for Newsweek, entitled, “Defending Parent Rights in Education.” Kao noted, “In its growing struggle with parents seeking to reclaim control of their children’s education from purveyors of a radical political agenda, the government just took things to a whole new, dangerous level.” Such as the Justice Department warning about concerned parents at contentious school board meetings as supposedly being “domestic terrorists.” Emilie Kao joins Jerry Newcombe on Vocal Point to discuss parental concerns over today’s education. www.adflegal.org