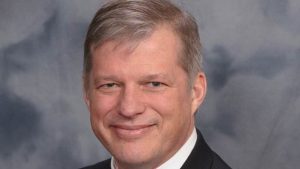 If anyone dare says today that not all of the voting in the 2020 election was on the up and up, you are suddenly accused of promoting what is called “the big lie.” But Dinesh D’Souza has presents a credible case in his new movie, “2,000 Mules,” that the left took advantage of the COVID-19 crisis by installing unmonitored drop boxes, where people could (and did) drop off many ballots for the election. Many of these drop boxes were funded through private “charities”—but they clearly were earmarked in partisan ways. Thomas More Society has published an article about a county in Wisconsin that has voted to ban the use of private funds in elections, “in an effort to prevent widespread election improprieties and illegal election bribery that has marked the state’s recent elections.” Erick Kaardal, Thomas More Society Special Counsel, said “This is a win for Wisconsin voters….In the absence of any insistence on election integrity from the top, the Wisconsin Voters Alliance has been working with counties and cities to pass ordinances that specifically ban the acceptance of private monies for use in elections.” Erick Kaardal of Thomas More Society joins Jerry Newcombe to discuss attempts to curb voter fraud, including the use of unmonitored drop boxes. www.thomasmoresociety.org