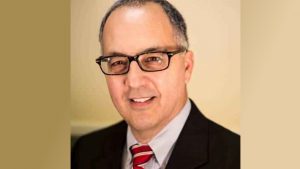 Some Christians have spoken about American independence and have accused the founding fathers of disobeying what Paul says in Romans 13, that the Christian is to obey the government. Gary DeMar is the founder of American Vision and an author on America’s Christian heritage, including the God and Government books. Recently, he wrote an article on “Challenging the Absoluteness of Romans 13.” DeMar notes, “There’s great interest in the subject of Christian resistance against tyrants. It’s not a new consideration. The Reformers had a lot to say about the topic as well as their immediate heirs. John Calvin addressed the topic in his Institutes of the Christian Religion as did Theodore Beza in his The Rights of Magistrates (1574) where he contended that resistance to an established civil government functioning outside its civil jurisdiction was legitimate if a lesser magistrate led the charge.” Gary DeMar joins Jerry Newcombe to discuss Romans 13 and American Independence. www.Americanvision.org