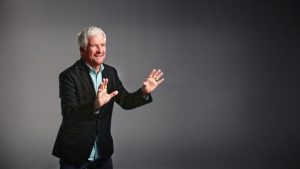 The founders of America acknowledged in the First Amendment to the Constitution the rights to free speech and to freedom of the press. But today, Marxist cancel culture is at war with free speech. We see widespread leftist censorship of Christian and conservative speech, for example, in many newspapers (a dying breed today). Gary Varvel out of Indiana is an extraordinary political cartoonist, whose works can be seen nationally. Gary Varvel joins Jerry Newcombe to tell of his own journey and the problem of cancel culture. www.garyvarvel.com

Note: This interview is a second and separate discussion with Gary than the one that aired recently.