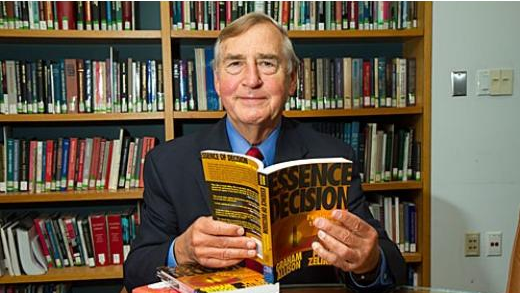 Dr. Graham Allison is the founding Dean of the John F. Kennedy School of Government at Harvard. He is the author of an intriguing new book, which strives to learn lessons from history, so as to avoid an ultimate war between America and China. The name of the book is “Destined for War: Can America and China Escape Thucydides’s Trap?” The subtitle is based on this sentence from the ancient Greek historian, Thucydides: “What made war inevitable was the growth of Athenian Power and the fear which this caused in Sparta.” Dr. Graham Allison joins Jerry Newcombe to discuss this issue. www. belfercenter.org/thucydides-trap