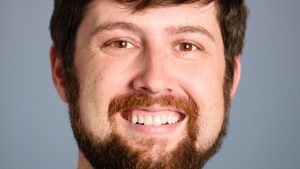 Who should be in charge of what children learn at school—the parents or the educrats? Florida is in the process of passing a parental rights law that is being distorted as anti-gay. The bottom line is: Is it appropriate for kindergartners, 1st and 2nd graders to be introduced into questioning their sexual and gender identity? The media says yes. Parents (most) say no. Recently, Jarrett Stepman of the Heritage Foundation addressed this issue in an article for The Daily Signal: “Don’t Buy Media’s ‘Don’t Say Gay’ Distortions About Florida’s Parental Rights Bill.” Stepman notes, “For the crime of trying to protect young children from sexually explicit material in the classroom, Florida legislators are being crucified by the media…. But, according to the left, you’re supposed to accept what schools do with your children behind closed doors. The message has been: Don’t ask questions and don’t try to stop them.” Jarrett Stepman joins Jerry Newcombe to discuss this controversy. www.dailysignal.com