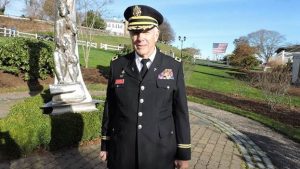 There should not be two standards of justice in this nation—a slap on the wrist for the politically correct who do wrong versus conservative lawbreakers, even alleged lawbreakers. How can this nation continue to have two standards of law and order? Two standards of judgment? Veteran journalist Bob Knight once said (in 2018), “I don’t recall anytime in American history where the FBI was used as a blunt political instrument. There’s a pattern of corruption here that’s far and deep. And Americans are wondering if anybody’s ever going to be punished for it.” The idea of standard weights and measures implies that you would do the honest thing for all your customers. God is a God of justice, and He hates dishonest dealings—one standard for one person, but a different standard for someone else. John Eidsmoe is a law professor and the author of Christianity and the Constitution and of the award-winning series of book, Historical and Theological Foundations of Law. John Eidsmoe joins Jerry Newcombe to discuss standards of justice, single or double. www.morallaw.org