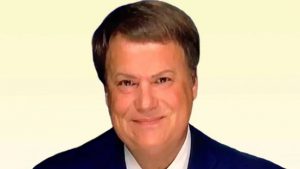 Recently House Minority Leader Kevin McCarthy said that the $3.5 billion “infrastructure” bill should be of great concern to Americans: “It’s redistribution of wealth, it will take money out of the economy, make America less competitive, especially for our competition around the world.” He notes the full package—which has very little to do with infrastructure, i.e., fixing roads and bridges—comes at a huge price tag: “the amount of money we spent to win World War II.”

Furthermore, Julio P. Gonzalez warns, “In times like these of high inflation, more spending will only increase the burden taxpayers are already feeling from the price hikes in everyday goods.”

Julio P. Gonzalez founded the Gonzalez Family Office and is the CEO and Founder of Engineered Tax Services, Inc. (ETS). ETS is the country’s largest specialty tax engineering firm which specializes in the preservation of wealth. Julio’s family is from Cuba, and he is quite concerned about America moving toward the same kind of big government policies that curtailed freedom in Cuba. Julio Gonzalez joins Jerry Newcombe on Vocal Point to discuss the infrastructure bill. www.engineeredtaxservices.com