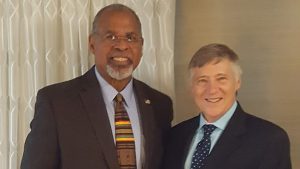 Topic: The Raid on Mar-a-Lago.

Is the left trying to turn America into a banana republic? On Monday, August 8th in the year of our Lord 2022, history was made when the FBI raided the home of a former president of the United States. Was it justified? Perhaps what has been most disturbing is to see some of the left gloating over this event—not mourning it. Has a line been crossed? The Wall Street Journal reported (8/12/22): “A search warrant reveals that the FBI is investigating Donald Trump for a potential violation of the Espionage Act. The warrant shows federal law enforcement was investigating Trump for removal or destruction of records, obstruction of an investigation, and violating the Espionage Act. Conviction under the statutes can result in imprisonment or fines…. Mr. Trump’s lawyers argue that the president used his authority to declassify the material before he left office. While a president has the power to declassify documents, there are regulations that lay out a process for doing so.” Ken Blackwell, the Vice President of the Family Research Council, joins Jerry Newcombe to discuss this unprecedented raid by the FBI.