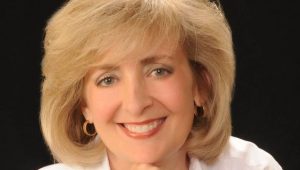 Billy Graham once said, “If ever there was a time this country needed the intervention of God, it is now.” Laura Hollis is a syndicated column, and one of her most recent columns addresses the issue of America having forgotten God, in which she quotes Lamentations by Jeremiah in the Bible. She notes, “These passages [of Lamentations] could well be describing the future of the United States — or the West, more broadly speaking. Look how many of our political, economic and cultural leaders have abandoned the principles that were the basis for the success of Western civilization, the founding of America, and our country’s incredibly freedom and prosperity.” She adds, “Tens of millions of Americans still believe in integrity, loyalty, honesty, decency and responsibility. But the hour is late. If past is precedent, and it is, we are far less likely to turn this ship around, and far more likely to fall victim to our egos, our abandonment of principles and our greed.” Laura Hollis, professor at Notre Dame Law School (speaking for herself) joins Jerry Newcombe to discuss how America has a great need to return to God. www.townhall.com/columnists/laurahollis/