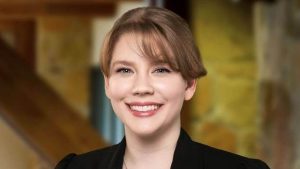 First Liberty, which fights for religious freedom, writes about an important win for religious liberty out of the state of Maine in a piece called “First Liberty partners with the Institute for Justice to end religious discrimination and vindicate parental liberty”: “On behalf of three Maine families, the Institute for Justice (IJ) and the First Liberty Institute (FLI) have filed a legal challenge to Maine’s exclusion of religious options from the state’s school choice program….In June 2022, the Supreme Court of the United States sided with First Liberty, providing a landmark victory for religious liberty!” That’s the good news. The bad news is that some state officials are still trying to block the religious schools from participating in the school choice program. Lea Patterson, an attorney with First Liberty, joins Jerry Newcombe on Vocal Point to discuss this controversy. www.firstliberty.org