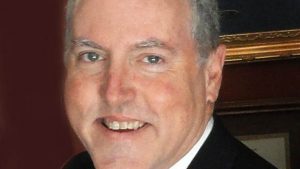 Until a few years ago, Thomas Jefferson was an American hero. He was the chief author of the Declaration of Independence. He was our third president. In his administration, the United States gained its largest single land acquisition in the Louisiana Purchase. He founded the prestigious University of Virginia. He had questionable views when it comes to Christianity. He harbored serious doubts at the end of his life on some core Christian doctrines. He supposedly edited the Bible to take out all the miracles—but that’s not really what happened. He owned slaves, as did some other prominent founding fathers, and because of that, his reputation has been seriously tarnished. Mark Beliles is the co-founder of Providence Foundation, based in Jefferson’s hometown of Charlottesville, Virginia. Mark and Jerry Newcombe co-wrote a book together on Jefferson called “Doubting Thomas,” and it makes 2 main points: 1) Jefferson wasn’t a lifelong skeptic, and 2) Jefferson didn’t believe in the separation of God and state. Dr. Mark Beliles joins Jerry Newcombe to discuss the faith or the lack thereof of Thomas Jefferson. www.americapublications.com