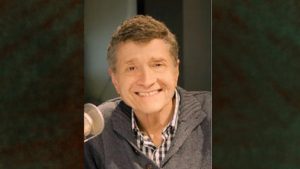 Is America exceptional and does God have anything to do with its founding? Michael Medved, a New York Times best-selling author and also a syndicated radio host, wrote the book, The American Miracle: Divine Providence in the Rise of the Republic. Medved notes, “Those who deride the notion of American exceptionalism must confront an inconvenient truth about the struggle that launched the United States: among all such upheavals in some three thousand years of recorded human history, the American Revolution stands as the only one to achieve unequivocal, long-lasting success. In every other instance, revolutionary victories proved fleeting or destructive, leading in short order to disaster or tyranny.” (p. 89). Michael Medved joins Jerry Newcombe on Vocal Point to discuss God’s hand on American history. www.michaelmedved.com