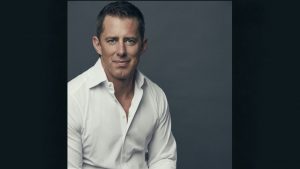 Today it seems like a lot of commentators and professors take umbrage at the idea of American exceptionalism. In fact, many of them seem to take exception to America. “American Exceptionalism” holds the idea that America is unique. Author Michael Wilkerson has written a book called Why America Matters: The Case for a New Exceptionalism. Publius PR writes: “Why America Matters reveals how the nation faces four crises: extraordinary circumstances, confused identity, corrupt institutions, and inept policy engagement. The idea of America is under attack, yet many of our wounds are self-inflicted. Powerful forces within our country—hostile to the ideals of America—seem to be winning. These agents seek to rewrite America’s history, undermine its institutions, and silence those who don’t agree. All the while, America’s foreign adversaries prey on our divisions and weaknesses.” Michael Wilkerson, with an extensive background in markets strategy, joins Jerry Newcombe to discuss American Exceptionalism. www.whyamericamatters.com