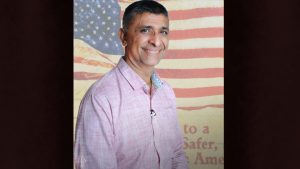 Wokeism, which is cultural Marxism, has recently been spreading its tentacles in various American institutions—the schools (at virtually all levels), corporations, the media, sports, and in far too many cases, even the churches. Neil Mammen, a Christian apologist, is an outspoken critic of all forms of Wokeism, which includes CRT (Critical Race Theory, which promotes racism supposedly in the name of fighting racism). One of Neil’s websites (www.crossexamined.com) says of author Neil Mammen: “He holds over 20 issued or pending patents in various technical fields. He is the founder of NoBlindFaith.com, an apologetics ministry focused on training people to use apologetics in evangelization. Neil is a dynamic apologetics speaker and teacher and is the author of two books: Who is Agent X? Proving that Science and Logic show it’s more Rational to think God exists and Jesus Was/IS involved in Politics! Why aren’t you? Why isn’t your Church?” Neil Mammen, joins Jerry Newcombe to discuss the threats of Wokeism. www.everyblm.com