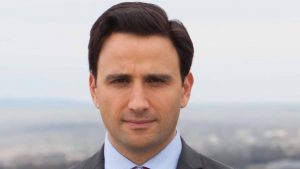 Six years ago, the nation was shocked when an undercover journalist, David Daleiden, and his team revealed that Planned Parenthood and other groups were barbarically performing abortions in special ways so they could sell the baby-body parts of the unborn babies they were killing. www.cmp.org The parts were bought by labs, often university labs, for research. The “pro-choice” forces argue that the unborn baby is a blob of tissue. Yet Daleiden proved there was a demand for livers, brains, kidneys, etc. from these so-called “blobs of tissue.” (Of course, it is a lie to call a preborn human “a blob of tissue.”) Fast forward to today. The Supreme Court is considering an important abortion case out of Mississippi. Court watchers (on both sides) say that this case has the possibility of overturning “Roe v. Wade.” David Daleiden has submitted an Amicus brief on behalf of life for the upcoming Supreme Court case. Daleiden has been defended for years in all his legal problems (for whistle-blowing) by the Thomas More Society, including special counsel for the Thomas More Society, Paul Jonna. Paul Jonna joins Jerry Newcombe as a guest on Vocal Point to discuss this controversy and what’s at stake. www.thomasmoresociety.org