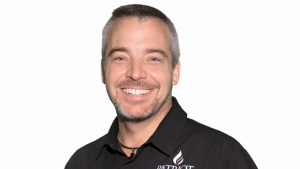 19th century British Prime Minister Sir William Gladstone once remarked, “The American Constitution is, so far as I can see, the most wonderful work ever struck off at a given time by the brain and purpose of man.” But alas, many young Americans today do not appreciate the Constitution and the unparalleled freedoms it has brought us, by God’s grace. Rick Green, former Texas state legislator and now colleague of David Barton’s WallBuilders, has founded and directs Patriot Academy, which is designed to help teach the Constitution and Constitutional principles to Americans, including young people. Rick Green joins Jerry Newcombe on the radio to discuss why we should appreciate the Constitution and even patriotism itself. www.patriotacademy.com