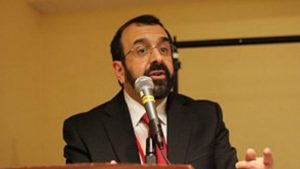 Recently we have seen the phenomenon of historical revisionism being taught in our schools. The diligent student of American history can see this quite clearly today, where the history books have been rewritten, and God has been erased. But what about historical revisionism involving something in our own time? Such is the case of some educators who are discussing 9/11 but leaving the Islamic connection out of it. NYT best-selling author on Islam and Mohammed Robert Spencer wrote about this recently: “…the Virginia Department of Education published a video entitled, ‘Culturally Responsive and Inclusive 9/11 Commemoration,’ detailing how Virginia public school teachers should handle the upcoming twentieth anniversary of the September 11, 2001 jihad terror attacks that killed nearly 3,000 Americans. The emphasis on that day and thereafter must not be on the ideology of the attackers or the ongoing jihad terror threat; rather, the focus is entirely on acknowledging and eradicating what the video calls ‘anti-Muslim racism.’” Robert Spencer joins Jerry Newcombe on Vocal Point to discuss 9/11 and this new attempt to rewrite what actually happened that day. www.jihadwatch.org