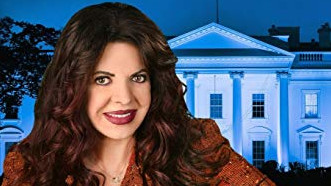 Sandra Mae Lee is a GOP political analyst and the author of a few pro-Trump books, called the “Dear Donald” series. She describes herself as a “loving deplorable”—as defined by the left. Lee notes, “Donald Trump has changed my life. I love writing. I’ve always written songs, poems, stories, articles, and plays. ‘The Donald’ inspired me to write my first book….When I feel old and tired, I watch him and shake off those negative feelings and embrace what is young and strong in me.” Sandra Mae Lee, who has produced over 400 television programs seen by more than a million viewers, joins Jerry Newcombe on Vocal Point. @deardonaldbooks