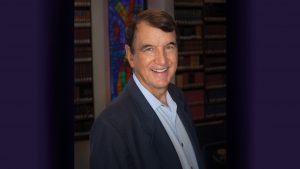 Does our work matter? Scott Powell a writer with the Discovery Institute says we should celebrate not denigrate American prosperity and encourage it among our people. Recently, Powell wrote an article about the importance of labor, in which he notes: “Colonial America certainly benefited from the fact that early settlers were a self-selecting people willing to leave the familiarity of their European homes and cross a dangerous ocean. Because they were tough, willing to sacrifice and take risk, these settlers were predisposed to forgo immediate gratification and to work hard. As a result, they not only prospered, but within a generation or two, many of their descendants achieved surprising wealth that in many cases was created from nothing.

Additionally — in contrast to today — what stands out about towns and cities in colonial America was the relative absence of poverty.” Scott Powell joins Jerry Newcombe on Vocal Point to discuss the importance of work.