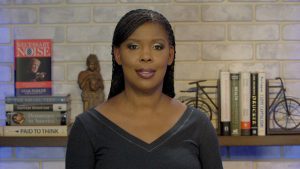 Recently Supreme Court Associate Justice Clarence Thomas spoke at Notre Dame. He noted that as a young man, he had adopted some anti-American sentiments, but: “As I matured…I began to see that the theories of my young adulthood were destructive and self-defeating…..I had rejected my country, my birthright as a citizen, and I had nothing to show for it. The wholesomeness of my childhood had been replaced with an emptiness, cynicism, and despair.” Syndicated columnist Star Parker wrote about this speech and his life in general in an article entitled, “Justice Clarence Thomas is a Celebration of Everything That’s Great About America.” Star Parker founded and directs the Center for Urban Renewal and Education (C.U.R.E.) in D. C. Star Parker joins Jerry Newcombe to talk about the great need for American renewal today. www.curepolicy.org