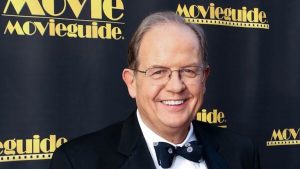 The Golden Age of Hollywood was an era in which some of the best movies ever made were made. What made the Golden Age of Hollywood what it was and does the church have anything to do with it? The topic for this portion of Vocal Point is Redeeming Hollywood. Ted Baehr, the publisher of MOVIEGUIDE, joins Jerry Newcombe to share some surprising news out of Hollywood. It’s not all bad news. And Christians through their entertainment choices can influence the ultimate outcome of some of what Hollywood and the independents churn out. www.movieguide.com