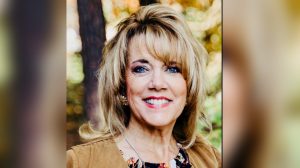 Topic: Who Are the Victims of Abortion?

63 million preborn babies have been killed by abortion since January 22, 1973, with the Supreme Court decision of Roe v. Wade. Meanwhile, a prolife website called Hosea4you.org lists the following victims of abortion, with a link for each category. They ask, Who is broken by abortion? And they list: •American citizens deceived, •Youth mislead, •Fathers discarded, •Mothers tempted, •Minorities targeted, •Mothers and fathers suffering, •Languages contorted, •Consciences troubled, •Catholics (and one could add members of other denominations) manipulated, •Healthcare infected. In short, there is a great deal of destructive fallout from the abortion industry. Terry Beatley, author of the book, What If We’ve Been Wrong?, maintains this website and is a public speaker for the pro-life cause. A major aspect of Terry Beatley’s work is to pass on the prolife message of the late Dr. Bernard Nathanson, who at one time was one of the key founders of the whole pro-abortion movement. But he had a change of heart after overseeing some 60,000 abortions. Nathanson co-founded NARAL, the National Abortion Rights Action League. Terry Beatley joins Jerry Newcombe to discuss why Roe v. Wade should be overturned and America should instead of a culture of death embrace a culture of life. www.hosea4life.org