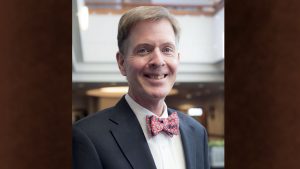 Topic: Are We Living the “Lord of the Flies”?

Tim Goeglein used to work at the Bush White House. Today he runs the D.C. chapter of Focus on the Family, and he wrote an article recently entitled, “We’re Re-living Lord of the Flies,” referring to a 1954 novel by William Golding. Goeglein notes: “The novel…deals with a group of British boys who find themselves stranded on an uninhabited island with no adults. The boys try to govern themselves—with disastrous results—as they struggle with emotions, morality, cruelty, and other issues. As I read about the increased violence in our inner cities, as well as the attacks on innocent people by alienated, unsupervised young men, I can’t help but harken back to Golding’s sadly prophetic novel.” Goeglein asks of these young people committing brutal even on total strangers, “Where are the parents?” Tim Goeglein joins Jerry Newcombe to discuss how fatherlessness has significantly damaged America. www.fotf.org