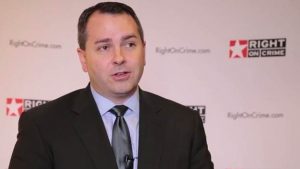 Tim Head is the executive director of the Faith and Freedom Coalition, which works to mobilize the Biblical voters. Tim Head joins Jerry Newcombe on Vocal Point to discuss Christianity and politics today—including the unpopularity of Joe Biden, the January 6th committee, God and abortion. This includes prominent pro-abortion politicians and their own churches’ disagreement with their stance. For example, Nancy Pelosi and Communion. Should she receive it? One bishop says no. Another bishop says yes. Some Protestants claim God favors abortion rights. Is that not like the pro-slavery folks in the ante-bellum South claiming God was on their side? To unpack these and other issues is Tim Head of the Faith and Freedom Coalition based in Atlanta. Tim Head recently wrote an op-ed for Fox News on the evangelical voters and the upcoming election. www.ffcoalition.com