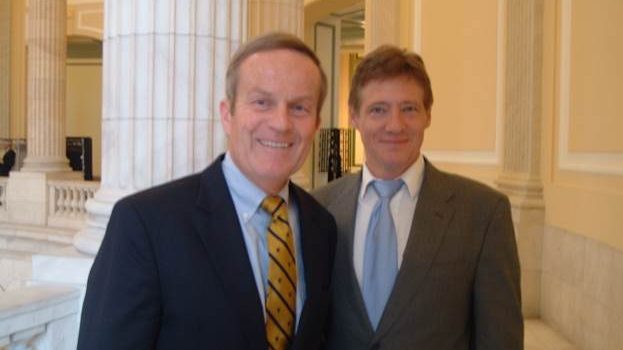 Todd Akin is no stranger to controversy. He’s a former US Congressman from Missouri (St. Louis area), who ran for the senate in 2012 and made a terrible verbal blooper on a hostile television program on the subject of abortion. This caused his career to effectively end. He has written a book, telling his side of the story: “Firing Back: Taking on the Party Bosses and Media Elite to Protect Our Faith and Freedom.” Todd Akin joins Jerry Newcombe on Vocal Point to discuss the double standard of the media. Someone like Joe Biden could commit a verbal gaffe a few times a year and slide right by, but not a conservative. Note: Jerry Newcombe first interviewed Todd Akin in his home in 1992, when he was a state representative for the Show Me state. (People can order his book at todd@akin.org)