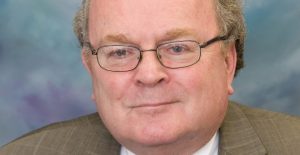 Topic: Abortion as a Spiritual Battle.

Does the issue of abortion matter? Before we even became a country, the Declaration of Independence declared that “the right to life” is an unalienable gift to us by our Creator. Tom Brejcha is the founder and head of the Thomas More Society based in the Chicago area—but doing the Lord’s work all over the country. Abortion is a spiritual battle. We’ve seen recently an unprecedented number of attacks against churches and crisis pregnancy centers. Even Tom Brejcha’s own house was the center of a recent protest. At first, it was lawful, but when it crossed the line, then the police stopped the protest. Tom Brejcha joins Jerry Newcombe to tell of this attack and of how abortion is a spiritual battle. www.thomasmoresociety.org