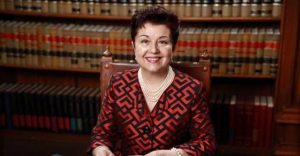 America was founded for religious freedom. But socialism is at war with religious freedom. And yet millions of Americans, especially young people, still believe in socialism and that it is to be preferred over capitalism—despite the track record of each. Virginia Prodan, originally from the Communist country of Romania, is disturbed by America’s seeming lurch toward socialism. She knows what life in a government-controlled economy is really like. In her book, Saving My Assassin, discussed in a previous radio segment, Virginia told her amazing story, including how God saved her life when the Romanian dictator sent an assassin against her. Virginia Prodan rejoins Jerry Newcombe to warn Americans against the dangers of socialism and the battle over America’s future. www.virginiaprodan.com