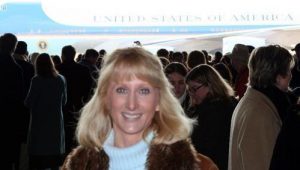 Slavery is evil, we all agree. Or do we? But slavery didn’t end in 1865. There is a credible case to be made that there is slavery today in China, among an ethic group called the Uyghurs (pronounced WEE-gers). The Uyghurs are mostly Muslims, but Wendy Wright, president of Christian Freedom International, says that included among the Uyghurs are some converts to Christianity. Wright notes that in the Xinjiang province of China, there are nearly 400 essentially concentration camps housing these Uyghurs who are in virtual slave like conditions, picking cotton and making things for corporations in the Western World. For example, Colin Kaepernick speaks out against slavery in America—which ended in 1865 and at the cost of 700,000 or so American men. But Kaepernick, spokesman for Nike, has nary a word to say about slave labor in China today to work on, among other things, Nike products. Wendy Wright joins Jerry Newcombe on Vocal Point to discuss slavery in modern China. www.christianfreedom.org