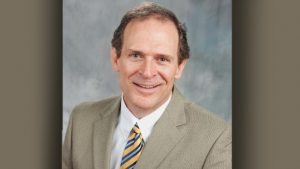 Topic: The Origins of Our Thanksgiving Holiday.

One of the uniquely American holidays is Thanksgiving. It’s an annual reminder of our nation’s Christian roots. Many Americans don’t know the history behind this holiday. Meanwhile, there are those who blame the Pilgrims who initiated our Thanksgiving traditions in America, for terrible things that happened to the Indians—long after the Pilgrims. William J. Federer is a best-selling author and highly sought after public speaker. One of the books he put together (with his wife, Susan) is on “Miracles” in American history, especially in answer to prayer. He has also written America’s God and Country and Who Is the King in America? (Short answer to the question in the title of the book: We are.) Bill Federer joins Jerry Newcombe to discuss the origins of the Thanksgiving holiday.