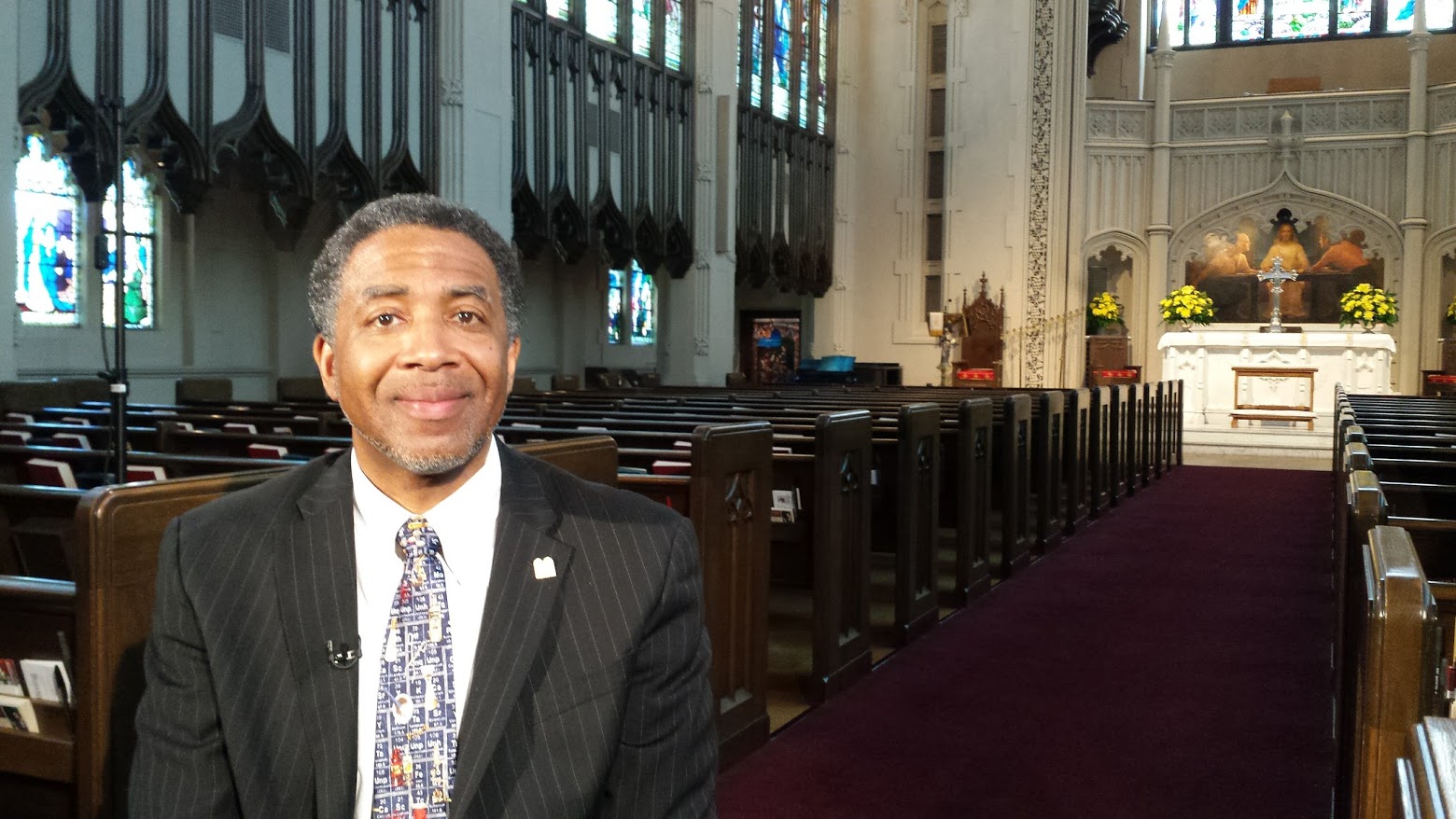 [Photo of Ricardo Davis, quoted in this piece, by Jerry Newcombe on location in Atlanta] A headline on Drudge (8/21/17) declares that Google is teaming up with “liberal groups to snuff out conservative websites.” Apparently the search-engine giant is partnering with the Southern Poverty Law Center (SPLC) and other left-wing groups to document and publicize “hate crimes and events” in America.

After the terrible events in Charlottesville, any God-fearing, rational American would welcome this news, correct? The problem, however, is that by allowing groups like the SPLC to define what is hate and who is a hater, they show how dangerous this development could be.

Jerry Boykin of the Family Research Council, an organization once attacked by a man convicted as a domestic terrorist because it was included on the SPLC Hate Map, said, “The Southern Poverty Law Center is reckless in labeling groups as hate groups or labeling individuals as hate mongers, and they do both. They have no authority to do so.”

I work for a group, D. James Kennedy Ministries, which the SPLC has falsely designated a “hate group” because we don’t believe in same-sex marriage. That view doesn’t make us unique. Up until the last few years, the majority of Americans did not believe in it either—nor did Barack Obama or Hillary Clinton, according to their public statements up until 2012.

Yet, according to the SPLC, we’re “haters.” The irony that I’m supposedly a hater is that I am anything but. Daily I strive to pray the Prayer of St. Francis: “Lord, make me an instrument of Your peace. Where there is hatred, let me replace it with love…”* And so on.

Former Alabama Chief Justice Roy Moore lost his office twice, in part because of actions by the SPLC. First, they joined with other liberal groups to sue him for a public display of the Ten Commandments. Then in 2012, he won the election as Chief Justice again for Alabama, but the SPLC filed a legal complaint against him for his stance in favor of traditional marriage—a stance that 81 percent of the voters in Alabama took in 2006 to amend their Constitution.

I got to interview Chief Justice Moore recently for our television program, “Profit$ of Hate,” about the Southern Poverty Law Center. Moore accused the SPLC essentially of psychological projection.

Moore, who is now running for the U.S. Senate, said, “The Southern Poverty Law Center has had Ben Carson [the renowned neurosurgeon] on their hate list. They’ve had Tony Perkins and his organization [the above-mentioned Family Research Council] on their hate list. The truth is: they’re the ones that hate. They hate God, and they hate the acknowledgment of God; and [yet] they call other people haters.”

The SPLC likes to fancy itself as doing the unfinished work of the civil rights movement—which they have now linked to same-sex marriage and transgender rights, and so on.

For our program, I also got to interview Ricardo Davis, an African-American who is the president of Georgia’s Right-to-Life and is also the State Chairman of the Constitution Party of Georgia, which is on the SPLC’s hate list as an alleged antigovernment group. Davis commends the SPLC for the good work they did in the waning days of the civil rights movement. But he notes that Dr. Martin Luther King’s movement was undergirded by faith in God and in the Bible. In contrast, what the SPLC is promoting today is often in contradiction to faith in God and in the Bible.

Davis told our viewers, “If I could say something to [SPLC co-founder] Morris Dees right now, what I would say is, ‘Morris, you came alongside my father’s generation to help them get out from under injustice, and it was unjust because it violated God’s Word…. but now, you’re on the wrong side of history’.”

Critics note that even many of the actual hate groups on the Southern Poverty Law Center’s Hate Map (such as the Ku Klux Klan) have been on the wane for decades. But Morris Dees and the SPLC manage to make huge profits by scaring people into thinking that behind virtually every bush in America is some sort of hate-monger.

Davis added, “What did Jesus say? What does it profit a man if he gains the whole world—if he keeps his mailing list up to date, if he rakes in millions and millions of dollars—yet loses his soul? And The Southern Poverty Law Center in particular is an organization that has lost the soul and energy behind the civil rights movement. The honorable thing to do would be to repent and believe the gospel.”

We should all work to end true hate in America. But defining the politics of someone you merely disagree with as “hate” just muddies the waters and further divides us as a nation.

*Here’s the full version of the prayer I say with my personalized variations: “Lord, make me an instrument of Your peace. Where there is hatred, let me replace it with love; where there is injury, pardon; where there is doubt, faith; where there is despair, hope; where there is darkness, light; sadness, joy. Oh divine Master, grant that I may not so much seek to be consoled as to console, to be understood as to understand, to be loved as to love. For it is in giving that we receive. It is in pardoning that we are pardoned. And it is in dying in Christ that we are born to eternal life. Amen.” Note: I have added the “in Christ,” lest anyone yank the prayer out of its Christian context.