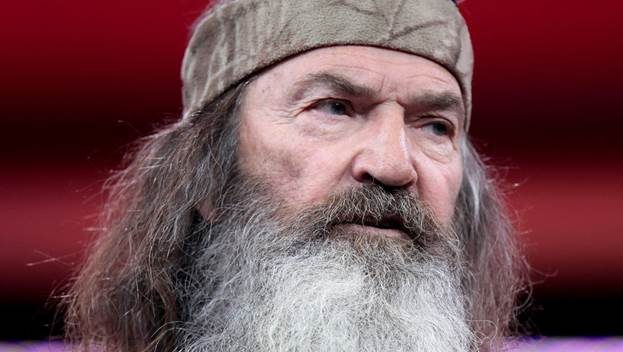 Phil Robertson of Duck Dynasty fame has a new television program called “In the Woods with Phil”, which airs on CRTV (same platform as Michelle Malkin, Mark Levin, and so on). One writer described the new program this way: “Phil returns to take viewers behind the scenes and share his 70 years of learned wisdom as never before … sometimes hilarious, sometimes tough, sometimes spiritual, and always honest.” Phil Robertson joins Jerry Newcombe on Vocal Point to describe a variety of issues, including the motive of the Las Vegas shooter, political correctness, Trump, our divided nation, abortion, and the Ten Commandments in the courtroom.