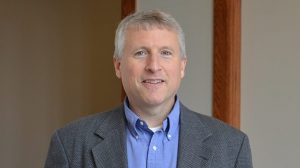 Topic: The Marxist War on America as Founded.

The Goals of the Communists were reported in the Congressional Record in 1963. Apparently these were based on the research of Cleon Skousen in his 1958 book, The Naked Communist. Some of these goals include ideas that seem to be playing out now…including “17. Get control of the schools. Use them as transmission belts for socialism and current Communist propaganda. Soften the curriculum. Get control of teachers’ associations. Put the party line in textbooks….20. Infiltrate the press. Get control of book-review assignments, editorial writing, and policy-making positions. 21. Gain control of key positions in radio, TV, and motion pictures….29. Discredit the American Constitution by calling it inadequate, old-fashioned, out of step with modern needs, a hindrance to cooperation between nations on a worldwide basis. 30. Discredit the American Founding Fathers. Present them as selfish aristocrats who had no concern for the ‘common man.’ 31. Belittle all forms of American culture and discourage the teaching of American history.” Dr. Paul Kengor is a bestselling author on politics, including the Communist movement. He is a regular columnist and a professor of political science and history at Grove City College. Dr. Paul Kengor joins Jerry Newcombe to discuss the communist goals as they relate to this push to separate America from its history. www.faithandfreedom.com